Niagara Frontier held it's Club Recognition Night on Tuesday, June 7th. The event was attended by over 450 players, parents and friends of the #NFVBnation.  The night began with a little history lesson followed by the announcement that Niagara Frontier was selected by the JVA as the June 2022 "Club of the Month."

Our WEVA Regional banners from the past two seasons were unveiled along with the recognition of our Girls 14 Navy team who finished 2nd at the Northeast Qualifier this year.

The senior graduates, all wearing their "college" shirts came up to center stage to get recognized. So much growth and so much talent. We wish our senior grads the best of luck as they go on to play and study at their respective colleges and universities while representing NFVB.

One of the club's parents, Mr. Chris Taggert, took the microphone and spoke about the kindness and support the club has given both the Taggert and Mycek families during the season. He delivered a heartfelt message about loving and caring for each other and took the opportunity to remind all the young and future drivers to obey the laws and speed limits so we can all be safe on the road.

We handed out some all club awards to recognize players who excelled in defense, setting and attacking as well as two club director awards.

New to the event was the addition of a basket raffle and "carnival" style games to go along with the always popular bounce house and obstacle course. The crowd enjoyed hot dogs and snacks while navigating the gym floor to compete in contests and games of skill. Lots of energy displayed... some of which could have been attributed to the candy prizes.

Congrats to all the award recipients and thank you to all the families who donated over 25 baskets and some great prizes such as autographed Bills helmets, jerseys and Sabres tickets. Proceeds from the event were shared with both the Taggart and Mycek families. 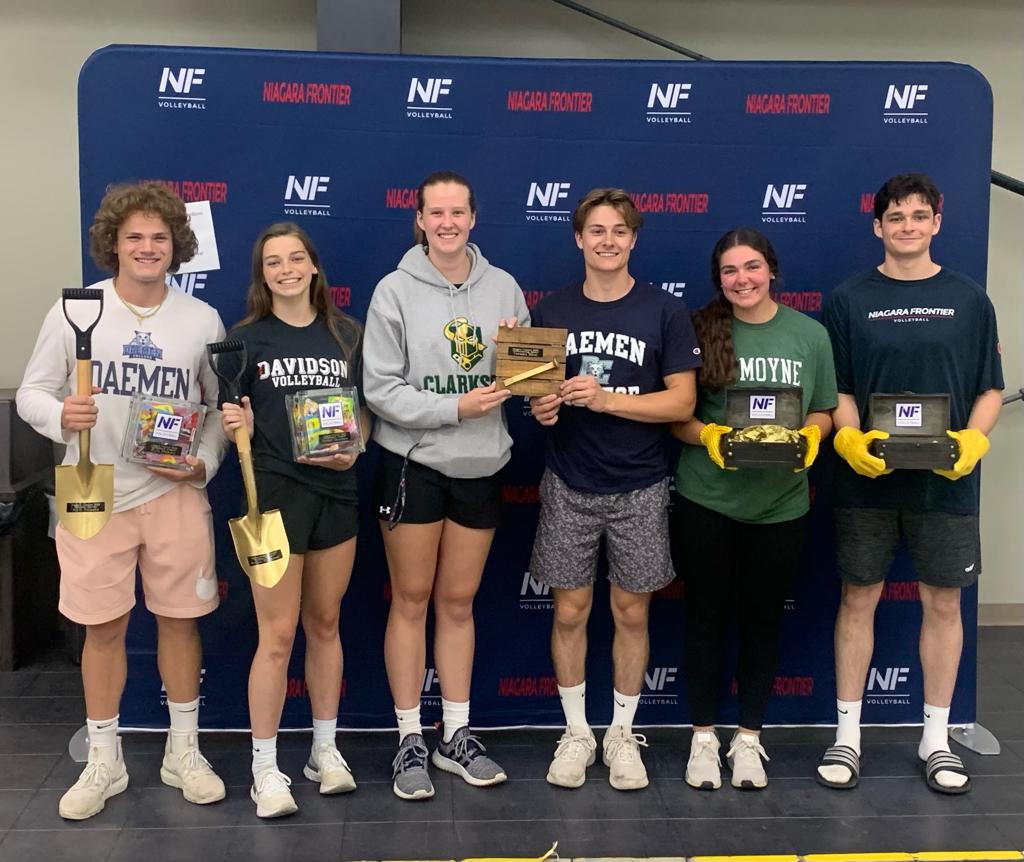 Each team's coaching staff selects an individual from their team to receive an award at the end of the season.  The players chosen have displayed one or more of the attributes listed below:

Congrats to this year's recipients!