And So More History Begins...

As Coach Lynn Cleversley and I sit at the tournament desk of the first girls event of the club season we thought about all the great things that volleyball has given us. So many players have come through the Niagara Frontier program and have gone on to do some great things. One of those things, which the club staff appreciates so much, is the giving back that takes place after those players graduate from high school. All the visits and discussions are very special but the best is when an old NFVB alum comes back to coach a team and help teach young kids the sport.

So... we thought we should share a little about the history of the sport and the history our Niagara Frontier players have been a part of.

The sport originated in the United States, and is now just achieving the type of popularity in the U.S. that it has received on a global basis, where it ranks behind only soccer among participation sports.

1895, William G. Morgan, an instructor at the Young Men's Christian Association (YMCA) in Holyoke, Mass., decided to blend elements of basketball, baseball, tennis, and handball to create a game for his classes of businessmen which would demand less physical contact than basketball. He created the game of Volleyball (at that time called mintonette). Morgan borrowed the net from tennis, and raised it 6 feet 6 inches above the floor, just above the average man's head.

During a demonstration game, someone remarked to Morgan that the players seemed to be volleying the ball back and forth over the net, and perhaps "volleyball" would be a more descriptive name for the sport.

1896, July 7th -  at Springfield College the first game of "volleyball" was played.

1900, a special ball was designed for the sport.

1900 - YMCA spread volleyball to Canada, the Orient, and the Southern Hemisphere.

1916, in the Philippines, an offensive style of passing the ball in a high trajectory to be struck by another player (the set and spike) were introduced. The Filipinos developed the "bomba" or kill, and called the hitter a "bomberino".

1916 - The NCAA was invited by the YMCA to aid in editing the rules and in promoting the sport. Volleyball was added to school and college physical education and intramural programs.

1919 American Expeditionary Forces distributed 16,000 volleyballs to it's troops and allies. This provided a stimulus for the growth of volleyball in foreign lands.

1920, three hits per side and back row attack rules were instituted.

1922, the first YMCA national championships were held in Brooklyn, NY. 27 teams from 11 states were represented.

1928, it became clear that tournaments and rules were needed, the United States Volleyball Association (USVBA, now USA Volleyball) was formed. The first U.S. Open was staged, as the field was open to non-YMCA squads.

1934, the approval and recognition of national volleyball referees.

1937, at the AAU convention in Boston, action was taken to recognize the U.S. Volleyball Association as the official national governing body in the U.S.

Late 1940s Forearm pass introduced to the game (as a desperation play).  Most balls were played with overhand pass.

1947, the Federation Internationale De Volley-Ball (FIVB) was founded in Paris.

1949, the first World Championships were held in Prague, Czechoslovakia.

1949 USVBA added a collegiate division, for competitive college teams. For the first ten years collegiate competition was sparse. Teams formed only through the efforts of interested students and instructors. Many teams dissolved when the interested individuals left the college. Competitive teams were scattered, with no collegiate governing bodies providing leadership in the sport.

1957 - The International Olympic Committee (IOC) designated volleyball as an Olympic team sport, to be included in the 1964 Olympic Games.

In 1964, Volleyball was introduced to the Olympic Games in Tokyo.

The Japanese volleyball used in the 1964 Olympics, consisted of a rubber carcass with leather panelling. A similarly constructed ball is used in most modern competition.

In 1965, the California Beach Volleyball Association (CBVA) was formed.

1969 The Executive Committee of the NCAA proposed addition of volleyball to its program.

1974, the World Championships in Mexico were telecast in Japan.

1983, the Association of Volleyball Professionals (AVP) was formed.

1984, the US won their first medals at the Olympics in Los Angeles. The Men won the Gold, and the Women the Silver.

1988, the US Men repeated the Gold in the Olympics in Korea.

1992, the Four Person Pro Beach League was started in the United States.

1994, Volleyball World Wide, the first internet site on the sport of volleyball, was created.

1996, 2-person beach volleyball was added to the Olympics

2004, Niagara Frontier Volleyball was created with the merge of WNY Storm and the Cheetah VBC to form a solitary 18U team. That pilot team led the path for an all club merge in 2005.

2007, The Buffalo Niagara Court Center was constructed and opened on November 11, 2007

There is a good book, "Volleyball Centennial : The First 100 Years", available on the history of the sport.

Today there are more than 46 million Americans who play volleyball.

There are 800 million players worldwide who play Volleyball at least once a week. 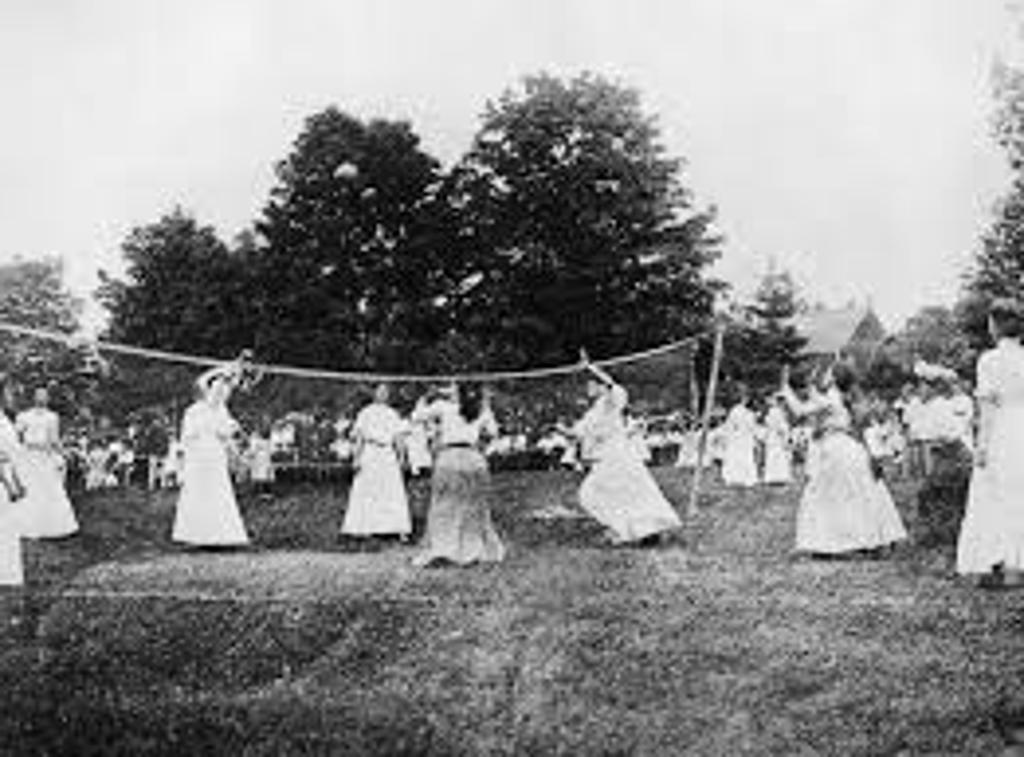 Coaches Stacey Smith, Hailee Herc and Emily Litwin when they first started playing volleyball in their back yard many years ago.